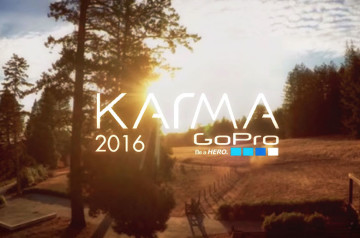 GoPro had an earnings call on May 5th that delivered a bulk of disappointing/uninteresting news. The biggest to me was the delay of the GoPro Drone named the Karma. The earnings call goes onto talk about a giant profit loss compared to this time last year. Personally I feel this has to do with most serious users waiting for the next Hero5 line of cameras and GoPro’s staggered and poor mid tier launched in 2015.

I hope the Karma is cool and friendly when it comes out later this year. I feel like a lot of pressure is riding on it and the Omni 360 rig but hopefully the Hero5 relieves some of that pressure this summer.