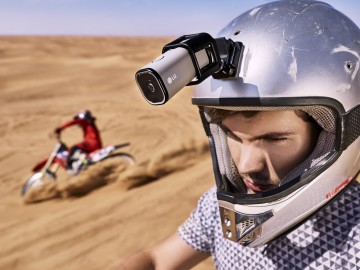 LG announced plans for a new 4G streaming capable action camera last week that has me a bit concerned, though maybe not for reasons you’d expect. The new LG LTE Action Camera sets out to be one of the first action cameras you can take out and live stream from without pairing to a your personal smartphone. This aspect is great as I am big supporter of features that are designed without sacrificing the battery life of my phone. The camera also sets out to capture footage a UHD 30fps FHD at 60fps and HD at 120fps. The all in one tube shape design packs a 1400mAh battery, 150 degree field of view, 2tb Micro sd card support, but isn’t full waterproof. It will require a waterproof case that will be sold separately and launch first in South Korea later this year.

The imidate things that set off warning alarms in my head is how this camera is first being shown to us. Take a look at this image below. 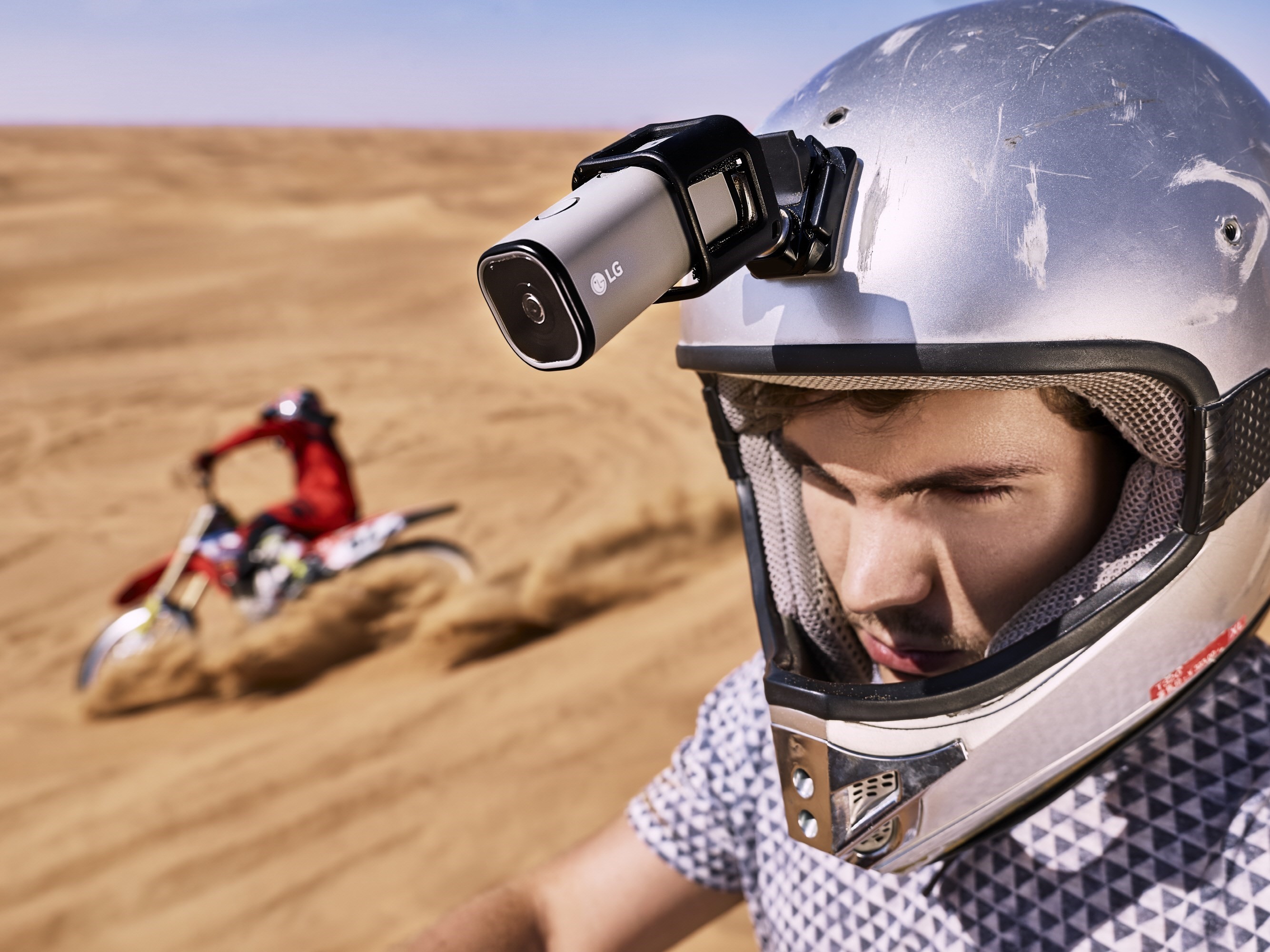 This image is trying to hard to be a typical action camera promotional shot without knowing anything about what that is. Like a TV show that tries to show off a company paintball event but gives none of the main characters basic proper safety gear and instead says “ski goggles are basically the same thing“. Good luck taking a Paintball round to the face friend…

First off, is that a GoPro Hero4 Session mount? If not why is the camera sticking so far out? Not having the center of gravity be more towards the middle is going to lead to so much vibration and bouncing be introduced to the camera. They didn’t even bother to push the rubber stopper down to prevent the clips from coming loose and flying out. Though I doubt this guy is going to fast without proper safety goggles otherwise the first dust particle in his eye who lead him to wiping out… hopefully he is recording. 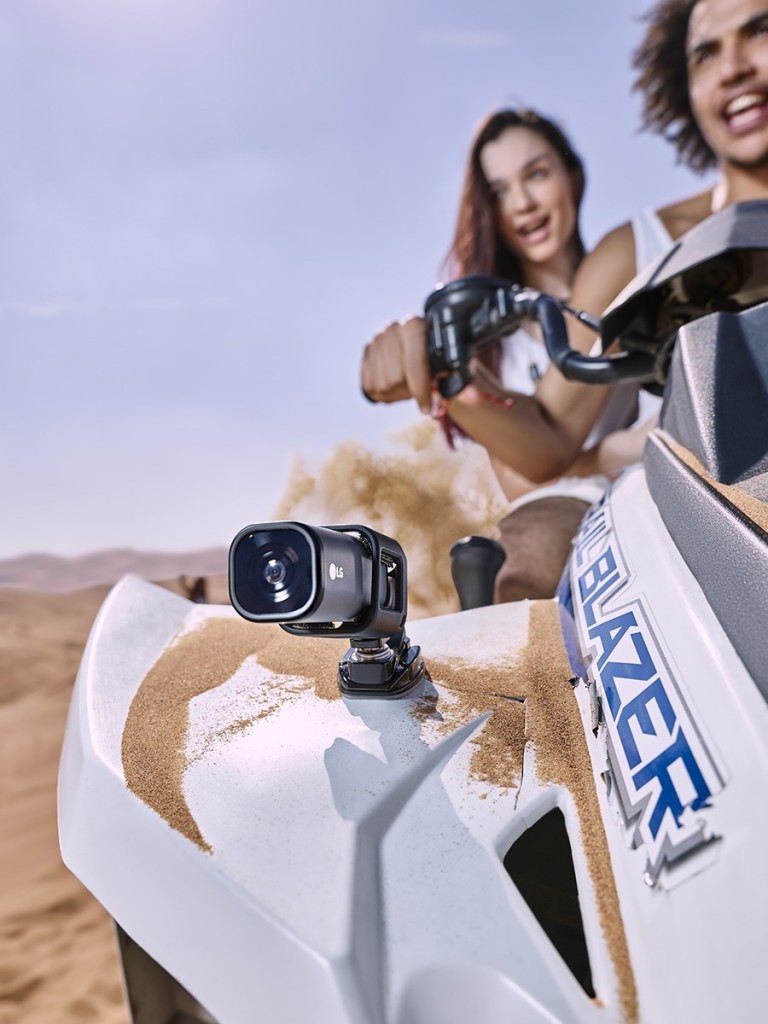 This whole introduction feels rushed and not connected to what your audience actually gets out of these cameras. If you can’t get the basics right, how much effort are you going to put into the core things I need these cameras to do. These little details scare me upon first impression. That’s not to say this camera is just a victim of a rushed announcement for investors but it also makes it impossible to take anything at face value. Speaking of face value, if those people don’t need goggles or a helmet, chances are the footage they are capturing is pretty boring.

Other actual things that scare me are the carrier fees for live streaming, tieing it into a cell phone contract, costs of the camera, how are you getting a 4 hour record time from a 1400mAh battery, and so on. The camera just feels like a buzzword product than a full fledged products that LG is going to build on in my opinion. Wouldn’t mind being wrong but I’ve seen Action Camera introductions like this before.

Drift Innovation Announces The COMPASS Life Camera
Be the first to comment!
Leave a reply »