DJI has announced and released the OSMO Mobile. Launching Sept 1st for $299.99, the gimbal mounts your smartphone and pair itself with the DJI Go app to help capture, smooth out, and guide your cameras shot. There are aspects to the OSMO mobile that I like. The ability to help track subjects automatically in your shots a powerful feature. As a generally solo production, adding some motion into shots while maintaining the focus on me is something I would use a lot. I also have been begging gimbal manufacturers to add in a key framing option for motion timelapses and the mobile does that right out of the box. And with the removal of the OSMO camera, fan noise and clutter can be taken off the device to make it easier and less awkward to use in social gatherings.

My main problems stem from battery life, phone limitations, and lack of releasing just the modular head. Unless you are going to be using a secondary or older model phone, this app will destroy your battery life on your vacation. One of the main reasons I film with Action Cameras is to help preserve that battery life of my phone. It’s a lifeline and an invaluable tool these days. Killing the battery in one 40 minute window seems like a potential deal breaker for me when I have so many other cameras to use/swap batteries. I also see most iPhone users getting caught up on the lack of external storage options. Maybe that’s the user’s fault but when you’re tied to one phone and all your content is already stored on the device, making space and getting it off it can be a bit of a hassle. You’ll also probably want to hope you don’t get any calls mid timelapse. I’m also hoping the OSMO Mobile will be released as a modular upgrade for current DJI OSMO owners down the line. I suspect it might be in time but for now, I’m stuck buying all or nothing.

Interested to see the general public’s reaction. What are your thoughts? Perfect wedding camera dream? Too Expensive, bulky, limiting? I suggest waiting until the end of Sept before you jump on anything. 😉 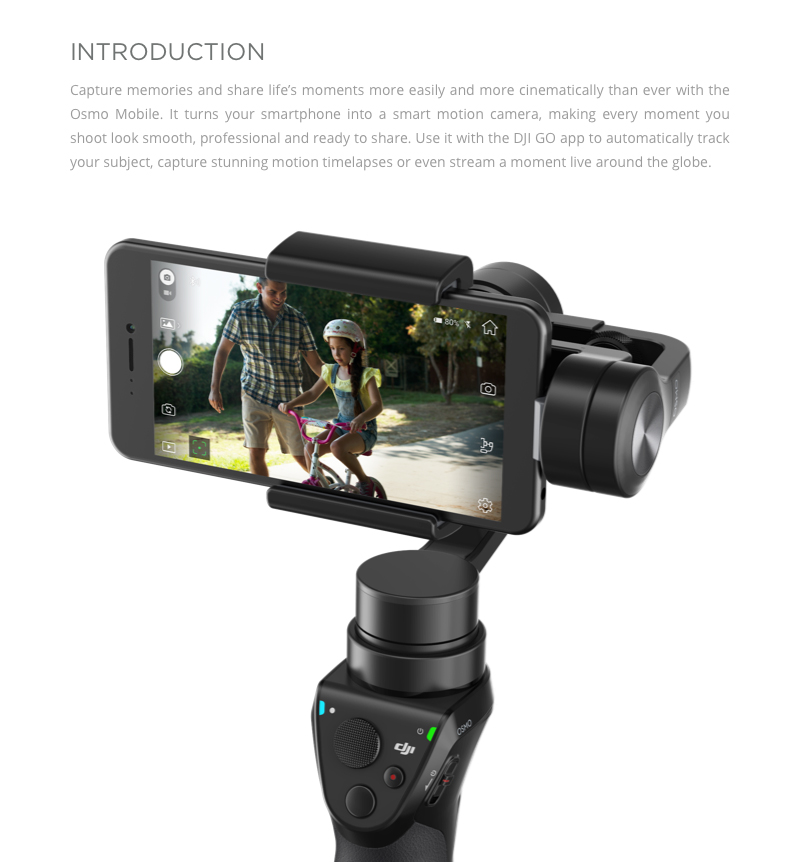 Quicklook TomTom Bandit App Part 2
Be the first to comment!
Leave a reply »