Is This The Last New GoPro Hero Camera For 2015? Probably… 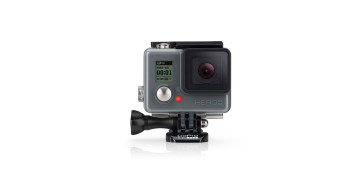 GoPro unveiled what might be their last new camera of 2015, the new GoPro Hero+. If this doesn’t sound new to you, maybe you’re confused like I was at first. This isn’t to be confused with the Hero+ LCD released this summer or the GoPro Hero, the budget action cam that launched alongside the Hero4 series. This is an entirely new entry level Hero+! It’s basically the Hero+ LCD without the cool LCD screen. It sports 1080p at frame rates of 60, 50, 30, 25fps. You also get access to Bluetooth and Wifi for smartphone features, highlight tagging, internal battery, 8MP 3264×2448, and timelapse features. It also comes locked in a waterproof case and sports the traditional design you’ve come to expect from GoPro. The Hero+ is set to go on sale October 4th 2015. 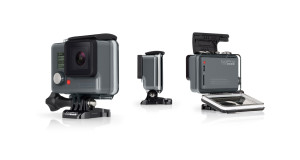 This launch is personally a bit of a disappointment for me. This would make the 3rd entry level GoPro on the market in the last year and not the direction I would of like to see their budget line head towards. I’d have focused interest on the Hero+ LCD line by reducing it’s price to $199 and made it the entry level action camera standard for GoPro. Retire the Hero and replace it with the new Hero+ instead at $129-$149. But instead we now have 3 cameras that look identical with mild differences. None of which are all that exciting honestly. 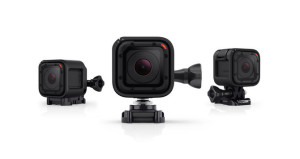 At least the Hero4 Session had a lot of ambition and styleeeee but it launched outside of most peoples price range as well. However GoPro announced today that the Hero4 Session will be receiving a $100 price cut making it $299. This is way more appealing and reasonable price to me. Definitely making a little more of an exciting purchase and capable camera then the now identically price budget line Hero+ LCD… but it also depends on your needs.

Check out our GoPro coverage in the playlist here.

GoPro Hero4 Silver vs Garmin Virb-X: In depth Guided Side by Side

Hero4 Session vs Polaroid Cube: All Features Review That Respects Your Time
Be the first to comment!
Leave a reply »